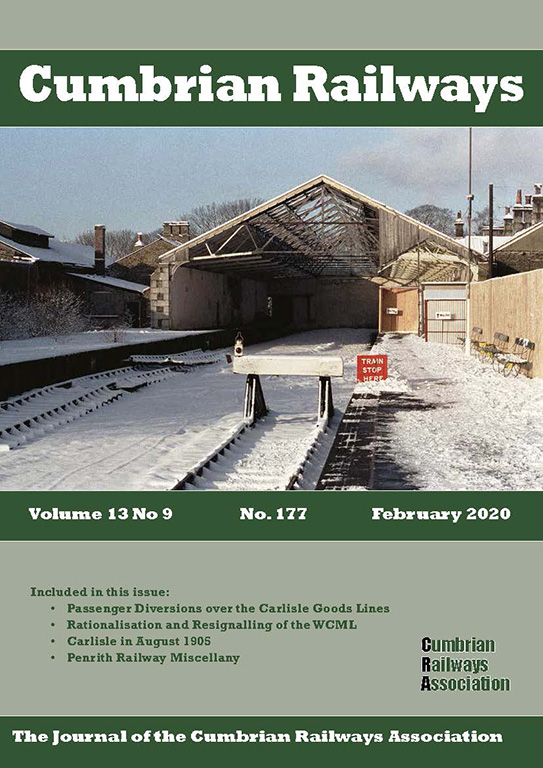 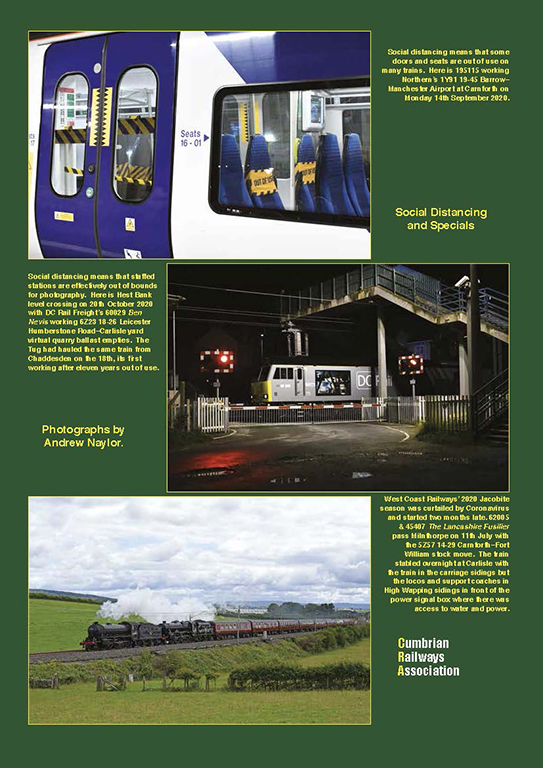 EDITORIAL
Again, I write under the stringent regulations in place to protect us from the Corona Virus currently affecting a large part of the population. Whilst the curtailment of our liberties is getting harder and harder to bear, we must think of those who have been very much involved in the epidemic, from those on the NHS front line to those who are also putting their lives at risk in protecting us and maintaining our essential services, and to those who have suffered the excruciating pain of having to bear personal losses. Whilst we bemoan the personal feeling of every day being the same as the last one, and look forward to some form of normal life, I am aware that some of our members have had to bear much worse conditions with even stricter limitations on their freedom and the concern they have about family members who have been stricken by the virus.

As I write, salvation is now on the horizon with three effective vaccines potentially becoming available, and perhaps by the time these words appear in print, we should be well on the way to normality and we should then be able to get back doing the things we would like to do, though I have the distinct feeling that life will not be quite the same.

Because of the restrictions imposed on us, it has been impossible for the members of the committee to get together to discuss the management of the Association. However, the magic of Zoom has been used for a number of our meetings. We have had two committee meetings and the Publications Team have had two as well.

The advantage of these meetings is that we can usually get people together that might not, under normal circumstances, be able to get to the meetings. The CRA has purchased a licence for Zoom, which allows unlimited use of the system at a cost much less than one of our normal meetings. The down side of having remote meetings is missing out on the chance to meet up with friends face-to-face as well as the opportunity to exchange documents and other material with each other.

The meetings of the Publications Team have been very fruitful and good progress has been made with the production of our books and other publications. As far as Cumbrian Railways is concerned, it was agreed to keep the 48 pages we now are running at and that we would try and get a further issue of the journal out to members in 2021. As well as being a small compensation for not being able to have our usual members’ meetings, the steady flow of material being produced needs to be published and this will be included in this special issue.

We have been also able to get on with a new book, which should be ready for release by the time you read this. Entitled 'Kendal Tommy', it records the history of the Hincaster Branch of the Furness Railway and highlights the importance of the line in supplying goods and minerals from the east of England to Barrow and beyond. Written by Dave Richardson, it is produced to his usual high standards and covers much more than just the railway itself. Progress is also being made on a number of other books and we hope to get at least one more out in 2021.

Following an appeal for assistance, I am pleased to be able to say that I have now a group of members who will help prepare material for publication in Cumbrian Railways and Allan Jones is now equipped with the correct software so he can help with the task of typesetting. As you can imagine, I am very relieved to have this help, which will remove some of the pressure I have felt over the last few months when it seemed that work was almost a full-time job. My hope is that I can find more time for my own researches and writings.

Rather like Doctor Who, our own Time Lord, John Peel, has regenerated over the years, and as you will see from his regular column, the present incumbent has been keeping us informed on what is happening on Cumbrian railways for the past ten years. His regular column makes a fantastic record of the recent history of the railways in the area. A very important point to be made about his reports is that he is able to set things into the wider context of what is happening in the country as a whole.

If you are looking for any of the special trains operated in the area since 2009, JP has also provided the answer in his other regular spot — 'Aw Maks O’ Specials' — at the back of each issue. Our collective thanks to JP for his hard work on our behalf — long may it continue.

At long last we can all look forward to better times ahead with the intense vaccination programme now in place, but in the meantime, keep safe and well.
INDEX
48 pages
Price: £ 5.50