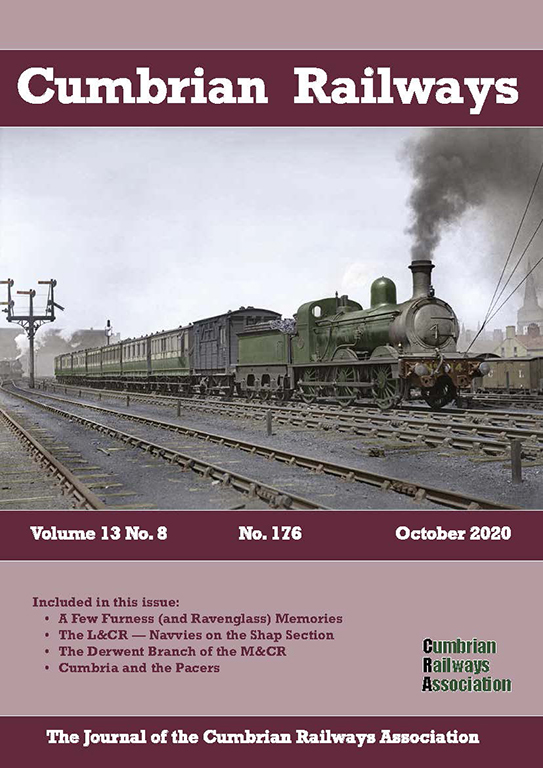 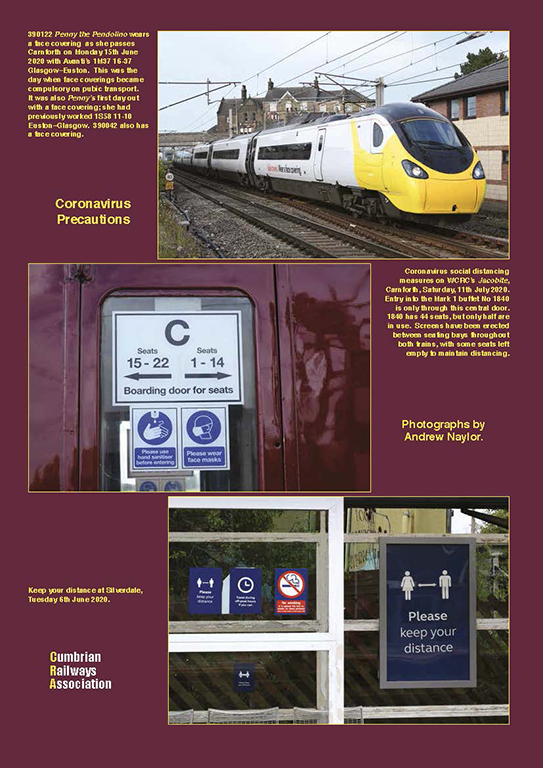 EDITORIAL
Yet again, I pen these words under the restrictions imposed on us by the Covid-19 virus that still exists, but thankfully its impact is much less than it was, and life as we know it is slowly returning. Let’s hope that by the time I write the next Editorial, things will be even better. I do hope that you all are keeping safe and the restrictions placed on us all is not causing problems for you.

One effect of the lockdown has been that a number of members have been busy, and have submitted articles they now have had the chance to complete. As you will realise, an Editor loves to have plenty of copy to use, but in our case it’s difficult to find the space to publish them. With this in mind, I have asked the Treasurer if we might have another eight pages for each issue and he has agreed, so future issues of Cumbrian Railways will have now 48 pages up until the end of the current volume.

One thing about not getting out as regularly as we used to, is that much television has been watched and it is evident that there are many railway programmes appearing in the schedules. Both Tony Robinson and Chris Tarrant have featured, as well as the long-serving Michael Portillo. Each has their own take on the railways they travel on — from trains at the height of luxury to the most basic of railway travel. In fact, many of the lines seen have been covered in different programmes, and one gets the impression that the TV companies must be tripping over each other to get the coverage they want. Saying that, the entertainment value of each of the series is very good, and on a number of them, it is evident that the CRA has had an input, and even some members have appeared in front of the camera.

Perhaps the series that I have found most interesting is the one fronted by Tim Dunn covering the architecture of the railways, both at home and abroad. My enjoyment of these programmes has been heightened by Tim’s obvious enthusiasm and knowledge for his subject, which really comes across.

Stephen White, the County Librarian, has announced that he is going to take his well-earned retirement. He has been a very good friend of the Cumbrian Railways Association over the years, readily supplying photographs and other material in support of our publications. We send copies of the Journal to the Library, which Stephen was able to see whilst working there, so in wishing him well in his retirement, we have offered him his own complimentary issues of the Journal for the coming year, which he has accepted, and he is looking forward to be able to continue enjoying the content of 'Cumbrian Railways'.

The Daily Challenge that has been running on the CRA Chat Line has continued, though the frequency has reduced from daily to twice a week. Again, the amount of new information this initiative has brought forward is astonishing. I will continue to publish a selection of the photographs featured for a few more issues, but it is still intended that a complete record of all the images with their comments will be produced. A feature of these posts is that members of the Chat Line have included other photographs to give some depth to the notes they have posted. There has even been instances of other ‘mystery’ photographs that have been included, which has added to the interest of those involved.

May I thank Michael Davies for pointing out a slight error on page 242 of Cumbrian Railways 174. He says that the lovely picture of a train leaving Clifton Moor station in 1954 is, in fact, heading for Darlington and not Penrith as stated. The pine trees on the right are still there, as is the private waiting room originally used by Lord Lowther.