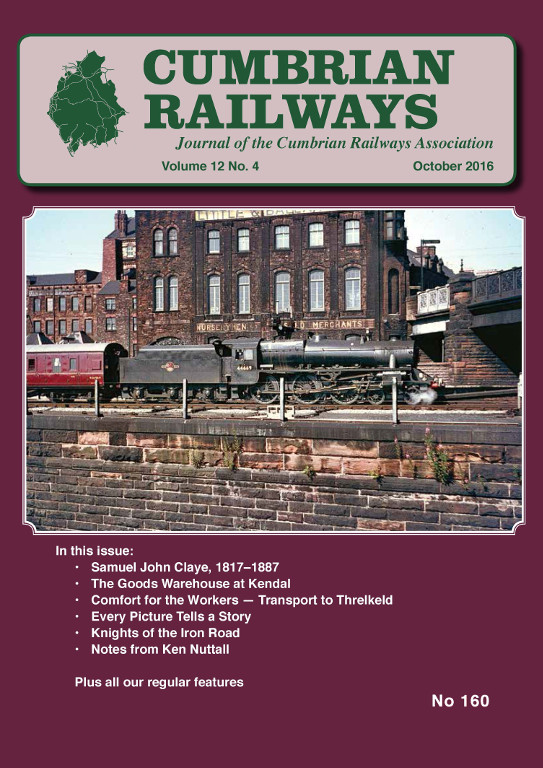 As I pen these words, I have one eye on preparing for the next regular Trustee’s Meeting and it is a chance to focus the mind and get things sorted out beforehand. It is essential that this is done to make sure I can make a positive input into the meeting, as the meeting is, as ever, promising to be an intense one. Part of the preparation is to make sure that I have collected together all those things I have been promising to hand over to the other attendees over for the last few months. It is too easy to say ‘I’ll let you have it when we meet’ but the skill is in making sure you do. One important task is to exchange hard drives containing the Association’s picture library with Dave Richardson, our Photo Archivist. The drive exchanged will contain all the additional images that have been added to the collection as well as getting an updated version of the Filemaker database. Dave has been working hard on adding thumbnail images to the database, thus making picture selection for the Journal that much easier as a copy of the image is shown on the record card for each entry. This obviates delving into the hard drive itself to determine the suitability of a photograph or I can just browse through the photographs to see what we do have in the vast collection of images the Association holds. A leisurely scroll through these images can bring up some interesting subjects, well worthy of featuring within the pages of Cumbrian Railways and this is precisely how the photograph of the Threlkeld workmen’s carriage was discovered. Through Dave’s hard work, we are at last able to get to grips with what we have and with the use of Filemaker, we are able also to answer the many queries we get much more satisfactorily.

The last of the series of ‘The Way We Were’ concludes with the happenings on our railway network over the last ten years of the CRA’s forty years. Ken Harper and his team have come up with a stunning record of railway activity over this period and it struck me that there is scope to build on this work by seeing if we could set up a team to take this sort of thing forward, by producing a general chronology of Cumbria’s railways covering the period before Ken’s mammoth schedule. If anyone is interested in getting involved, their help would be invaluable in recording the events that have gone to build up the interesting railway system we have now.


Getting back to our management team, for many years we have used acronyms to identify those with the same forename of Alan – AlanC refers to Alan Crawford and AlanJ to Alan Johnstone, but with the appointment of our new secretary, Mike Warhurst, a new group has emerged – MikeW for our Secretary and I am now MikeP. We also have DavidB, our new web master to go with our long-serving DavidG – David Gibson – who is looking after our model collection as well as undertaking the benchmark photographic survey. It is pleasing to have the number of volunteers on board that such identifiers have to be used.


Now back to where we started – where did I put that disc for Dave R? Have I put the book for AlanC in a prominent place so that I don’t miss it at my ‘Crack of Dawn’ departure for the meeting? Hard work, but worth it.