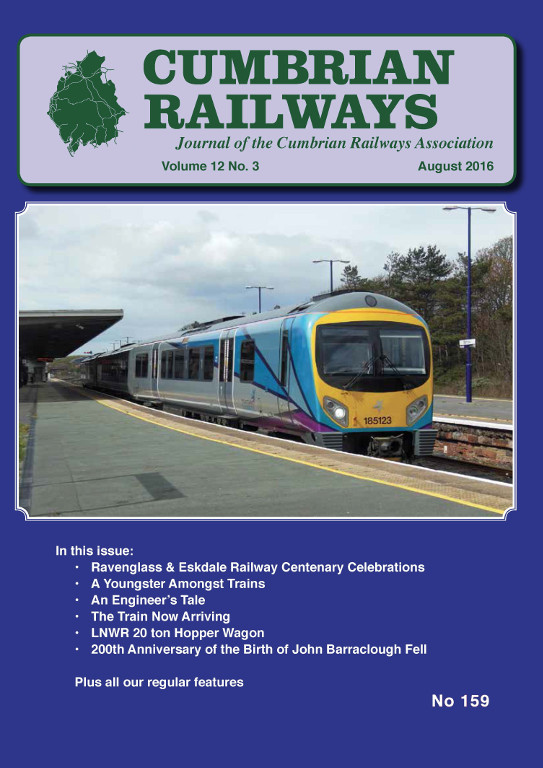 I recently made a trip to talk to members of the North East branch of the RCTS. The meeting was well attended and the audience was very attentive. A number of our membership application forms were handed out and if any of you at that meeting have subsequently joined up, welcome – nice to have you on board and I do hope you enjoy your membership. My thanks to the Branch for making me so welcome and looking after me so well.

During the trip, I had one little annoyance. After the meeting and whilst enjoying a night-cap pint, I asked the barman how far away was the railway station, to which he replied with a question. His “Did I mean the train station?” set me thinking that words and phrases of many years standing were no longer in common use and had been replaced by Americanisms. I insisted that it was the railway station I was looking for and after a bit of mental conversion into the style he was used to, he gave me the answer I was seeking though I had the distinct feeling that I was speaking in some old and ancient form of English that was no longer in currency. At least he didn’t wish that I have a nice day/evening/night. Perhaps I am being too grumpy but I feel that I should continue with the rearguard action to try and save the structure of English English against the encroachment of American English.

On the day following the meeting I journeyed north from Darlington to Newcastle before travelling on the Newcastle & Carlisle line to the Border City. There I had a pleasant lunch with Philip Tuer, our erstwhile Secretary and now Collections Manager. I was rather amazed to see the massive structures above platform level put up as part of the project to replace the glazing in the roof. It is a shame that the whole of the station becomes a restricted place to walk about when you would have thought that the staging could have been erected in smaller sections, as I doubt that the work is undertaken on the complete roof all at the same time. Ah well, I suppose the task will soon be done and the station can then return to its majestic self. The return from Carlisle on a Pendolino back to Euston was pleasant, made better by a cheery Scottish service crew and the comestibles on offer were liberal and enjoyable, so helping the journey along.

The fast-developing photographic database is a great boon to me when putting together the Journal. The hard work of Dave Richardson and his team of helpers certainly does make life easier. As well as having information on all available photographs at a touch of a button, each record has a description covering the photograph. These commentaries are used as the basis of any captions I need to write though as you will see from the letters pages in this issue, they are not always infallible. One of the photographs that was used to help illustrate Martin Connop Price’s article on his experiences on the Garstang & Knott End Railway was not correct. Frank Walmsley, another member interested in the GKER, has provided us with the correct description of the locomotive illustrated. Whilst we can publish a note about it here, the information will also feed back into the database and thus improve our knowledge of the railways we are all interested in. I hasten to add that the photograph was one I selected from our collection and the error was entirely mine; it had nothing to do with the admirable captions provided by Martin to go with his own photographs which he submitted with the article.