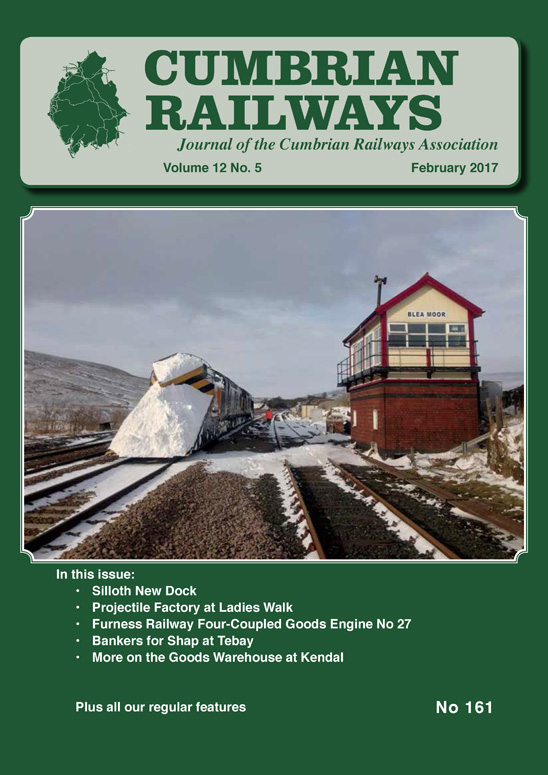 There is a change of place for my Editorial in this issue because Andrew Naylor’s take on ‘In My View’ needed more space than was offered by the usual 375 words set aside for this feature. He covers some interesting points and no doubt you will have your thoughts as well. Changing places has also put a restraint on the space I have, preventing me from indulging in my usual ramblings. Whilst talking of the feature that gives people a chance to give their personal views, if you do feel you have anything you would like to say, please let me know, it would be nice to hear from you. The brief will remain the same — what the Association means to you and what do you get out of your membership — all in 375 words! Those that have previously contributed to the ‘IMV’ column are the usual suspects — those that have a rôle to play in the organisation of the Association or some of the regular contributors to Cumbrian Railways.

Whilst working on this, the first issue of the Journal to be published in 2017, it made me think back to our 40th anniversary year and the successes it brought and the things it did not. The former outweighed the latter by a very wide margin, but our hope that membership would reach a total of 500 was not achieved. Andrew addresses some of the problems in getting people interested in what we do, and this might be down to the promotion and projection of what we are about. If you belong to another railway-based organisation — RCTS, LCGB, SLS, HMRS etc — why not see if there is any potential interest amongst their membership for the railways of Cumbria and if so, do a bit of subtle promotion on our behalf. Show them one of our books or a copy of Cumbrian Railways and let them see what they are missing out on. Let us all make a difference.

One thing is certain, however. A lot of people put a good deal of effort in to produce some interesting articles on the theme of our 40th celebrations and I express my thanks for their hard work. Their contributions made it a very worthwhile year as far as I was concerned.