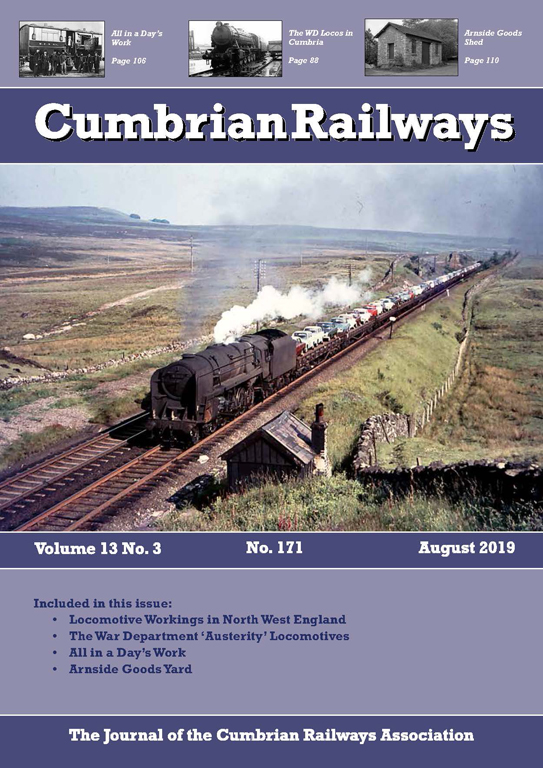 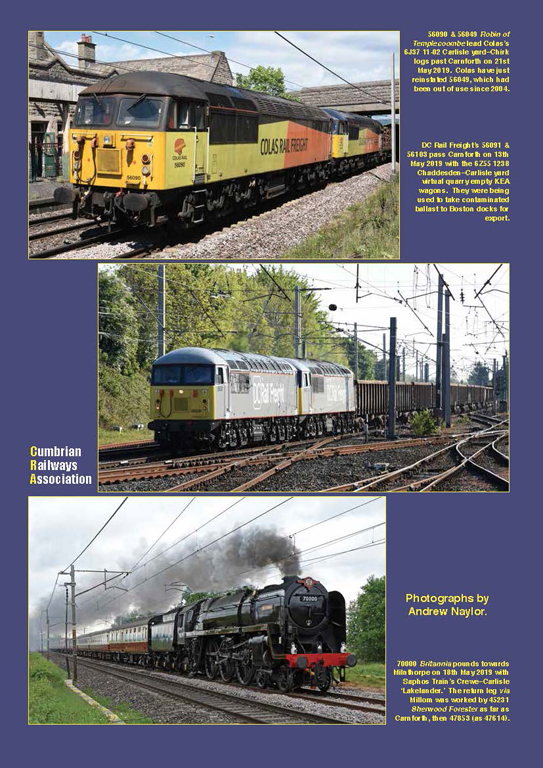 EDITORIAL
I was very encouraged with the positive comments I have received on the ‘special’ edition of the Journal, Railways at War by John M Hammond. Covering both the operation of the ambulance trains and the Jellicoe Coal specials in the Great War, the book has made sure that these important operations have been properly recorded. What was particularly nice was that John made sure that the focus was set on our own county illustrating the mammoth effort they put in to make it possible.

Whilst setting the book, I had the repeating question in my head, asking myself whether it would be possible for the same level of co-ordination be undertaken today with the same skill and urgency. The current performance of all those involved in the Government Ministry overseeing our current national railways and the train operators running the system does generate some serious doubts, but I suppose it would have to be a case of “needs must’ if a similar situation did arise today.

Whilst the aim of the publication of the special Journal was to give our membership a bit of a bonus, I hear that it is selling very well in the wider world through our web site and bookshops. Amongst the very nice comments I received was one from a member who called to say that the Railways at War book was well worth his membership on its own and the additional services he was getting were a bonus.

Another positive is the response we have had to the project to transcribe the London & North Western and Furness Railways joint minutes, mentioned in the 100th issue of Lakes Express. A number of you have been in touch and we have been very fortunate to have Barry Stephenson offering to co-ordinate the team of transcribers. Work is now underway and it is heartening that what, on the face of it, was a huge task, has been made much easier with a strong team able to produce results. This also validates the efforts by the committee to promote a very inclusive feel to the membership. It is nice to see the number of members attending our spring and autumn meeting, relishing the chance to meet up with their friends and during one of the talks presented at the last meeting, a very strong input from the members was evident. Those who are involved in the management of the Association warmly welcome all of this, giving the true impression that many of the members are very good friends. Saying this, if you would like to be involved in the transcription of the minute books, please get in touch with me and I will pass you on to Barry.

With this issue I hope I have managed to bring together interesting articles to appeal to most of the members. I hope I will be able to maintain this level for a number of future issues of Cumbrian Railways, and whilst I will refrain from giving spoilers of what is in the pipeline, I hope this will continue. However, if there is anything you feel is not being covered or that you could add to the coverage in the Journal, please let me know and I will do what I can to meet your needs.

As I write this, news is coming in that the Field Trip organised by the North British Railway Study Group has taken place. It was intended to look at the Scottish railways that served northern Cumberland and the NBRSG kindly gave an invitation to CRA members to join them on the trip. A full report will appear in a future issue and it will record what seems to have been an interesting and informative trip. We had planned to give notice of the invitation to our membership in the Lakes Express that was sent out in the last mailing, but unfortunately the mailing was delayed due to a technical problem and it appeared after the deadline for making bookings. However, as soon as we were aware of this delay, we looked at ways to get round the problem, and, with a bit of smart footwork, the solution was immediately at hand. We were about to send out the extra issue of the Journal mentioned above, so the opportunity was taken to include a booking form for the trip with it, so it was in members’ hands well in advance of the deadline. It is hoped that you saw the booking form and you were able to get your booking into the organisers in time.