THE TRACK OF THE IRONMASTERS
by W. McGowan Gradon B.A., new edition edited by Peter Robinson 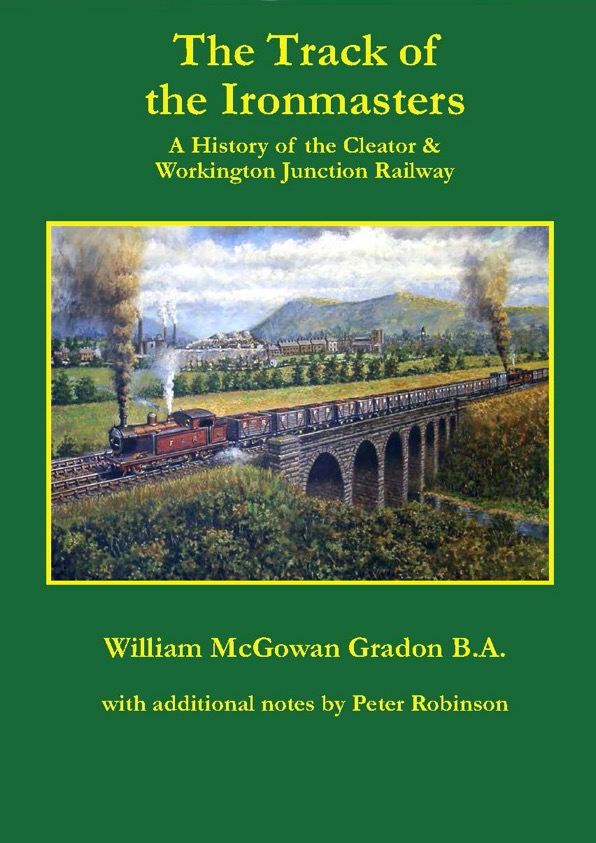 A History of the Cleator & Workington Junction Railway

When McGowan Gradon wrote this book over sixty five years ago, the line of the Cleator & Workington Junction Railway was more or less as it had been built some seventy years earlier. Only a few sections had been lost, and although the sparse passenger service had disappeared in the early thirties, the line still fulfilled at least some part of its original purpose - to serve the needs of the coal, iron and steel industries of West Cumberland.

Now much of the line is lost and forgotten. Cuttings have been filled, other parts built or ploughed over. One section lives on as a route for walkers and cyclists only

The text of the original publication has been reproduced precisely, apart from correction of typographical errors, in this new edition. Notes have been added to correct, update or amplify statements in the original, and new appendices have been inserted.