A NORTH LANCASHIRE RAILWAY ALBUM
From the cameras of Ian and Alan Pearsall with text by Leslie R. Gilpin 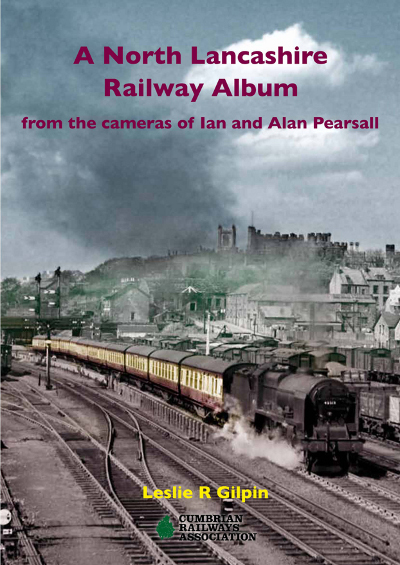 The railways in the Lancaster area, in the 1940s, 50s and 60s, were a mix of main Line, cross country and local lines carrying a fascinating selection of trains. Following on from his earlier compilation, A Cumbrian Railway Album, Leslie Gilpin has brought together a further selection of photographs illustrating these lines from the cameras of brothers Alan and Ian Pearsall. The brothers were keen on the railways of the area and captured both the commonplace and the unusual, often with an artistic eye on the surrounding landscape. The photographs cover the period from around 1945 through to the end of steam in 1968 and illustrate steam, early diesel and electric trains of the time. Some of the shipping activity in and around Heysham Harbour is also captured. The geographic area covered is the West Coast Main Line from north of Garstang & Catterall to Carnforth, the ‘little’ North Western line from Settle Junction to Morecambe and Heysham and the various branch lines in between.