MODELLING THE RAILWAYS OF CUMBRIA
The aim of these pages is to bring together as much information as possible to assist the Railway Modeller produce models that are as accurate as possible, in their chosen scale, based on the Railways of Cumbria. The site will expand as and when information comes to hand and the volunteers involved have the time available to update it. If you need to find out about something that is not yet covered then please contact us and we will endeavour to point you in the right direction.

The site is split into sections but with the multitude of different companies that operated within the county there is bound to be some overlap. We hope to provide our own reviews of kits and models as well as individual's own models. If you find errors or omissions then please click HERE to e-mail. 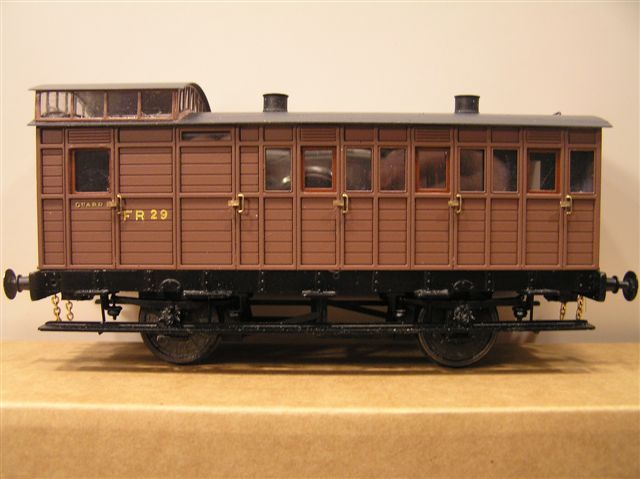 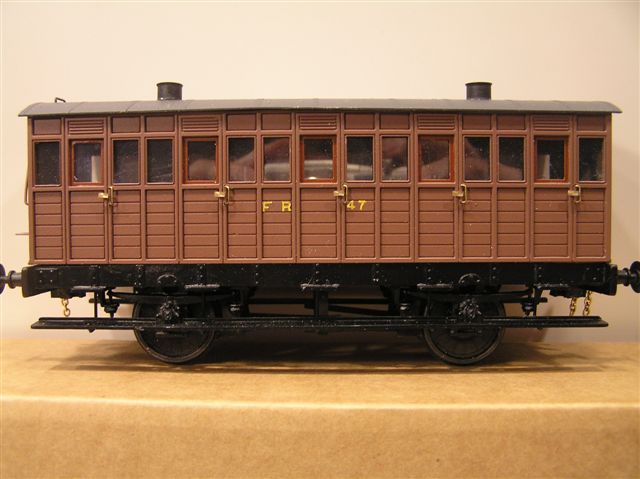 Etches for a number of Furness Railway coaches were commissioned from Worsley Works. These two photographs show the end result of the early four wheelers, as built by Gordon Mellor in 'O' gauge. The vehicles were used eventually for workers trains.

Worsley Works will supply their etches in any scale and are a great help for those with the skill to 'have a go' at scratchbuilding.

Further examples of Gordon's work can be found at WORSLEY WORKS.

C&M Models, Carlisle and Crafty Hobbies, Barrow-in-Furness
C&M Models, Carlisle and Crafty Hobbies, Barrow-in-Furness have jointly ordered a new O gauge Private Owner Wagon from Dapol due for delivery in mid summer 2013. Cumberland Granite livery. If it sells well they already have orders for Shap Granite so this may appear early next year as well.
Stevenson's Carriages
Stevenson's Carriages have sold lots of the M&C 0-6-0 tender locomotive and are introducing a Furness ‘D5’ previously manufactured by Millholme Models but with a new and improved chassis.
Hornby and Bachmann
In 4mm Hornby have a Harrington Coke Ovens wagon and Bachmann have reintroduced the Millom iron hopper wagon available in a weathered version as well.
Modelling Email Group
In addition to the general crchat email group a separate one has been set up to cater specifically to the needs of the modeller. Click HERE to find out more. On the site you will find copies of our latest publication Modelling Cumbrian Railways. This is an occasional publication containing a variety of articles including: - reviewing models, details of suitable kits and modifications, articles to assist the modeller, and a whole host of other bits as well.

When logging on for the first time please give as much information as possible about yourself and interests as it will help the moderator to approve you joining. On the site you can ask questions of fellow modellers or answer others queries. Additional information is also held within the file and photgraphic archives. There may or may not be overlap between both sites so it is advisable to join both!

Pochin/Shillcock Model Collection
Early in 2008 the Cumbrian Railways Association acquired an important collection of 4mm scale models of mainly Furness Railway prototypes. The nearly 200 items were created by Ross Pochin and Bill Shillcock of the Manchester Model Railway Society and selections will be displayed from time to time at CRA meetings and on the Association's stand at local model railway exhibitions and other events.

Photographs of items in the collection may be seen by clicking here for LOCO models, here for CARRIAGE models, or here for WAGON models.

In order for Ross and Bill to construct these models they produced a set of drawings for them. A selection have been uploaded to the Resources & Services DRAWINGS page.