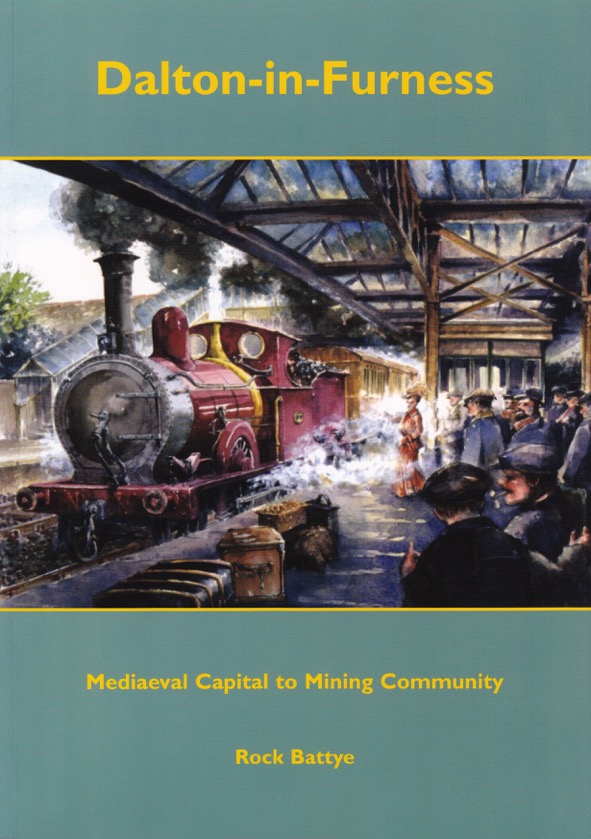 Part of the 'Cumbrian Communities and their Railways' series.

Located at the heart of the Furness Peninsular in Cumbria, Dalton-in-Furness first developed as the administrative centre of the area within the domain of the great Abbey of Furness. The Abbey, with its estates across the north of England and in Ireland, developed the town and took advantage of the area’s mineral assets, especially the rich hematite ore. Following dissolution of the Abbey, Dalton’s importance diminished as an administrative centre but local entrepreneurs continued to mine the rich ore. By the start of the nineteenth century this was a lucrative business and mines were opened up all around the town.

In this book, written by Furness Railway enthusiast and native of Dalton, Rock Battye. We learn how local landowners were persuaded to provide a railway – the Furness Railway whilst the Mine owners eventually replaced their carts with narrow and standard gauge tramways.

We learn of how these developments led to a renaissance in the town through the nineteenth century and how it, and the local railways changed with collapse of the local mining industry. Rock describes these changes, bringing the story of the town and its railways up to the present day.

Dalton-in-Furness will appeal equally to the railway enthusiast, local historian, industrial archaeologist and those interested in this lesser known part of the English Lake District. It is well illustrated throughout with photographs, drawings and plans.